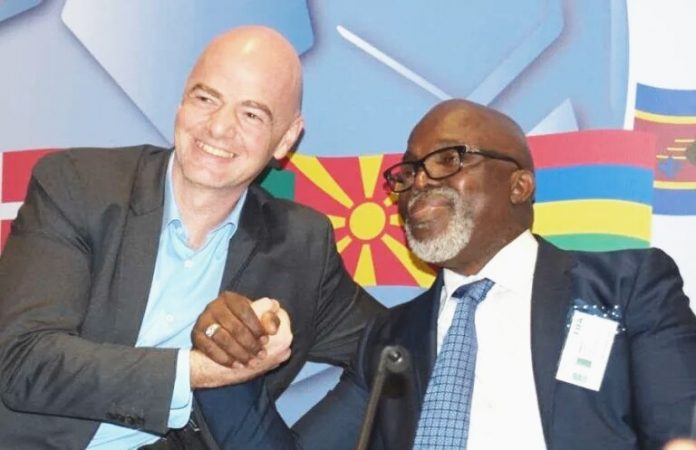 FIFA president, Gianni Infantino has congratulated the president of the Nigerian football federation, Amaju Melvin Pinnick after he emerged winner of the elections held today in Katsina.

In a letter of congratulations signed by Infantino, footballlive.ng revealed that Infantino praised Pinnick’s victory and that of his fellow board members while also wishing them strength to continue the good work they have already started.

2018-09-20-Congratulations letter to NFF President on his reelection Pinnick defeated former NFF president Aminu Maigari and former secretary general, Chief Taiwo Ogunjobi to emerge president for a second tenure, a feat never achieved by anyone in the history of Nigerian football.