Since moving abroad in 2010 from Kano Pillars, Musa has not managed to score a hat-trick for the teams he represented (VVV Venlo, CSKA and Leicester City) in a competitive fixture until his treble against Al Quadisiya.

The Super Eagles assistant captain opened the scoring in the 21st minute with a shot from just outside the box after receiving a through pass from Hamdallah.

He doubled the lead five minutes before half-time and Al Quadisiya’s hopes of mounting a comeback ended when the Nigerian scored again in the 66th minute.

Thanks to Musa’s hat-trick, Al Nassr provisionally top the standings with a hundred percent record in their first three games of the new season.

The team has another game again on Monday in which the Super Eagles forward will be looking to continue his rich vein of form. 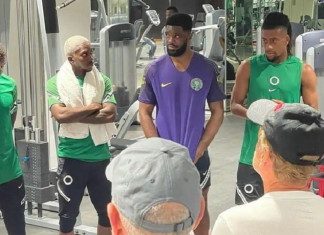 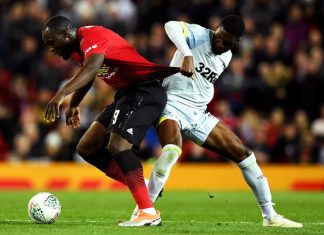 Editor - September 26, 2018
0
Derby County defender, Fikayo Tomori is still celebrating what he tagged an 'unbelievable' victory against Manchester United in the Carabao Cup, and hopes more...